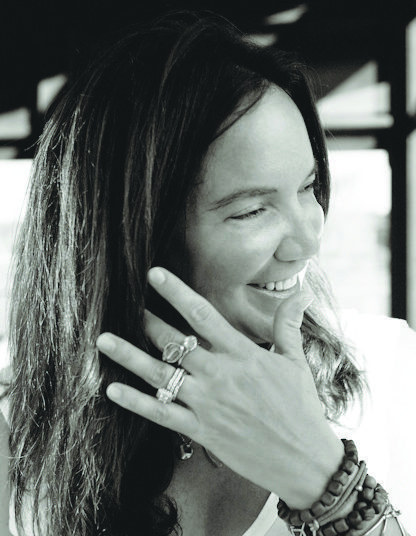 A step in the right direction.

One step forward, two steps back.

Step on it. Out of step. False step. Step by step. One step at a time. Or even one step ahead.

Oh, and always remember, you better watch your step cause you certainly don’t want to step in “it.” And that’s just naming a few.

That is a lot of steps. It’s also a lot of idioms describing a lot of different situations and emotions: ascension, dissension, progression, rejection, regret, slowing down, speeding up, messing up and sliding by. And one must never forget any long and tenuous journey always begins with that one single, solitary step (even if bonded and tied tight with fear and doubt).

And then there are all sorts of caveats attached as well, like these journeys should begin with sensible shoes but that’s not particularly a whole bunch of fun. I tend to throw caution to the wind, especially when it comes to stepping out in style. So yes, I’ve lost my only pair of black strappy 3-inch, pre-owned Jimmy Choo heels over a battle with a 6-inch concrete crack. C’est la vie because I may have moved one step ahead and a butt plant backwards, but I looked fashion forward doing it.

And just when I thought there couldn’t be any more hype about all the steps one must take in life, a craze comes along that encapsulates, like everything else we are taught from the crib on, the idea that more is always better and why not compete while you’re at it. And not to disappoint, this techie trend even comes in a sleek wrist band made of elastomer complete with an OLED display screen that basically monitors if you are near death or not.

It’s called a Fitbit. And depending on how much debt you can sleep with at night, you can get one that not only monitors your heart rate, but also tracks your REM patterns, personal trains, buys stuff, gets you where you’re going with a built in GPS, and offers lifestyle advice.

It’s also a lot of fodder for social media:

“I used to raise ‘my hands in the air like I don’t care’ but now it’s for my office Fitbit step challenge and a $50 gift card to Target.”

– “(being chased around by a murderer in my house)

Me: STOP. THIS IS SENSLESS!

Me: (puts Fitbit on) Okay. Carry on.”- @ArtMeasures

“I remember when peer pressure was all about drugs and promiscuous sex.

Now it’s Fitbit and who has the best gluten free recipes.”- @swimmer_ryry

And my personal fave and most relatable, though for me, my moves look like something that could only be interpreted as water aerobics:

“You know you’re a bad dancer when your Fitbit thought you were swimming in a club last night.” – @adriannastyles

I got a Fitbit for Christmas, only I gave it to my hubby less than two weeks in. Not necessarily for being step shamed by the rest of my family (who does 4,000 steps by noon…I’ll tell you who . . . Gramma Flo does . . . and to the beat of the Mamma Mia soundtrack before it hits the church scene climax), but because I am a card carrying, 30-years strong hypochondriac.

I simply strap the band on and automatically think of all the possible things that are wrong with me. Two seconds in, my heart rate is at 190 and I’m not stepping anywhere. I am brown paper bagging it with deep breathing and prayers sent above.

I don’t know. I am probably, as usual, overthinking it seeing as I just got back from another month in NYC and there are a million, billion steps everywhere. For a reason.

Our metaphor for the work trip was, “the elevator to success is out of order. You’ll have to use the stairs . . . One step at a time.”

You see, we didn’t have an elevator in our five-story walk up, so we were 150 steps in just to get to the front door. And there were many days when we walked into a building only to find the sole elevator out of order . . . for our appointment on the 11th floor.

Steps. Lots of them; ascension, dissention, progression, rejection, regret, slowing down, speeding up, messing up, or sliding in.

After a while, you have to stop counting.

And as the great Bard himself, Shakespeare, said – coining the most delicious idiom of all – it’s all “food for thought,” whether it’s a family, career, art, love, life, politics . . . MUSIC.

Let the beat consume you – hands in the air, don’t care – and play on.