Obviously, I had to see the movie the minute it hit the screen. I’d been giddy with anticipation for weeks, acting much like my 4th grade daughter in those heady days leading up to Miley Cyrus’ cinematic debut. In my own defense, I’d read the book on the recommendations of people I actually know – my mom, my friend, an old boyfriend from college – not Oprah’s. But still, I was unabashedly one of “those women” – the millions who, for whatever reason, had flocked like twittering birds around “Eat, Pray, Love,” turning Elizabeth Gilbert’s quirky little memoir into a bona fide cultural phenomenon. I hate being part of a cultural phenomenon. But I loved “Eat, Pray, Love.”

And now it was a movie. And I couldn’t wait. I saw it immediately, in my favorite, most delicious way. Alone.

This is not a review of “Eat Pray Love,” the movie. Not really. (There will be a few spoilers, but seriously – haven’t you seen it already? If not, you were probably never going to.)

No, what I’m aiming at, here, is something like a review of the reviews. I find them absolutely fascinating. The movie has not been generally well received by the critics, and if you examine their opinions, an interesting – somewhat troubling – pattern emerges. It’s this pattern that intrigues me.

Let me start by saying that not everybody hates this movie. In fact, most of the women I run with – when I’m not sitting alone in theaters – really, really liked it. Some even preferred it to the book, which is a rare thing in my circle. I’ve yet to read a “professional” critique that concurs with this “better than the book” assessment, but a few critics have been semi-gracious about the film, citing its beautiful locales and Julia Roberts’ smile as worthy attractions.

But even that dazzling smile is not dazzling enough, it seems, to save Roberts’ character – real life writer Liz Gilbert – from the mountain of disapproval and flat-out wrath being heaped upon her by a majority of film critics across the nation.

Let’s make a quick perusal of some reviews at Rotten Tomatoes:

Philip Martin, with Arkansas Online, calls “Eat Pray Love” an “irritating, smug film about a horrible person, a narcissistic destroyer of worlds so caught up in romancing her impossibly sensitive self that she doesn’t even notice the needless damage she inflicts on her fellow creatures.”

Well. That’s a little harsh. But Martin’s no big-time critic. Let’s check in with veteran film reviewer Peter Travers at Rolling Stone: “As I watched Gilbert swirl pasta, pet an elephant and visit an ashram, I kept wishing that Glee coach Sue Sylvester (Jane Lynch, my personal guru) would appear — her voice engorged with venom — and seriously puke in Gilbert’s bromide-spouting mouth.”

Yes, but how did you really feel about the character, Peter?

Then there’s Cole Smithey, who calls himself, “The Smartest Film Critic in the World.” Of Gilbert’s ex-husband, he writes, “The poor guy has no idea how lucky he is to break ties with such a greedy, self-absorbed, and condescending bitch. This movie doesn’t just suck, it disposes. ‘Betray Devour Invade’ would have been a more appropriate title.”

Are you getting the picture?

Look, I liked “Eat Pray Love” very much, but I can certainly see that the film has some flaws, a cliché-laden script among them. Also, it doesn’t have quite the spiritual heft of the book, which I found disappointing, but not surprising. I have no bone to pick with reviewers who didn’t like the movie. What does bother me is this pervasive, over-the-top sense of ill will toward its main character, whom I can’t help remembering is an actual person. Though the critics have panned “Eat Pray Love” for a host of different reasons, there’s one point on which they all seem to agree: that it’s inappropriate – and, frankly, downright offensive – for a good-looking, accomplished western woman to feel miserable, empty and lost.

A reviewer who calls herself “The Diva” sums up the general consensus – and the basis for all the rage against Liz – with this simple statement: “There’s no reason for this attractive, rich American not to be happy.”

Okay, let’s assume for a minute that this premise is true: That money really does buy happiness and external beauty really does ensure internal joy. Let’s even throw in the assumption that being American guarantees contentment… that professional acclaim ensures personal satisfaction… that marriage means never being heart-achingly lonely…

Argh! This thought experiment is already making my head hurt. Because it’s BS. And we all know it’s BS.

Yes, Liz Gilbert “had it all,” as we say here in the states, but she was undeniably, inconsolably, bordering-on-insanely unhappy. And she couldn’t figure it out, either. But neither could she ignore it. So she divorced her husband (and gave him all their assets, which were mostly hers), dropped her rebound boyfriend (because she was making him miserable, too), and left everything she knew behind. She headed off on a radical journey of discovery – to Italy (Eat), India (Pray), and finally, Indonesia (Love) – and she learned. And grew. And actually changed. Nobody seems to give Liz Gilbert any credit for this transformation. I keep reading these character assassinations, disguised as film reviews, and wondering if these critics actually stayed for the whole movie?

Does she handle things badly with her husband? Yes, I think she does. But those who assume she does so blithely, or gets off scott free, must have missed the entire middle of the movie (“Pray”), which takes place at an ashram in India. It is here, while struggling to cultivate “devotion,” that Liz meets some people with real problems: Richard from Texas, who’s lost his family and career thanks to his own selfish, reckless behavior; and Tulsi, a young West-obsessed Indian girl being forced into marriage with a man she barely knows. As Liz’s concern for her new friends grows, her debilitating self-focus begins to lift. In a poignant fantasy scene, we see her face up to her divorce and all the pain she’s caused the men who loved her. We realize the depth of the guilt she’s been carrying. And we see her begin to let go of it by acknowledging her remorse.

In Bali, where the “Love” section of the movie blooms, a lighter, brighter Liz predictably falls for the dreamy Brazilian, Felipe. But she also grows into a deeper understanding of selfless love when she befriends a medicine woman and her young daughter. Wayan and Tutti are alone and struggling, having fled Wayan’s abusive husband some years ago. Via email, Liz appeals to her friends throughout the world – Italy (where she learned to “Eat” with cheerful abandon), Texas (Richard’s back home now), New York, and beyond – asking them to send money for the family as a birthday gift to her. She manages to collect $18,000 – a fortune in Bali – which she presents to Wayan and Tutti, enabling them to build a house. Helping her friends rise from their hardscrabble existence fills Liz with the kind of joy and gratitude that her self-centered, career-oriented life in New York never inspired.

Nobody was more acutely aware of the social and spiritual disease infecting postmodern western culture than the late writer David Foster Wallace. He spoke of it eloquently during a graduation address at Kenyon in 2005, saying, “…the world of men and money and power hums along quite nicely on the fuel of fear and contempt and frustration and craving and the worship of self. Our own present culture has harnessed these forces in ways that have yielded extraordinary wealth and comfort and personal freedom. The freedom to be lords of our own tiny skull-sized kingdoms, alone at the center of all creation… But of course there are all different kinds of freedom, and the kind that is most precious you will not hear much talked about in the great outside world of winning and achieving and displaying. The really important kind of freedom involves attention, and awareness, and discipline, and effort, and being able truly to care about other people and to sacrifice for them, over and over, in myriad petty little unsexy ways, every day. That is real freedom. The alternative is unconsciousness, the default-setting, the ‘rat race’ – the constant gnawing sense of having had and lost some infinite thing.”

I believe Liz Gilbert was trying to overcome that “gnawing sense” of infinite loss. I believe she was searching for that “real freedom” that Wallace spoke of so tenderly. And I believe she found it, in spite of – not because of – being an “attractive, rich American.”

Maybe, instead of condemning her, we should take a closer look at the culture that created her. I think we can learn from her story. 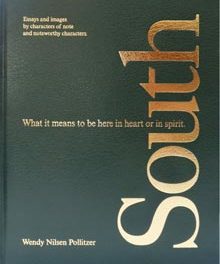 Tribalism and the Y