Holding Out for A Hero

With the Beaufort International Film Festival in town this weekend, I have another excuse – as if I needed one! – to write about the movies. To read about the festival itself, along with some interesting reportage on the state of the South Carolina film industry, hop on over to Mark Shaffer’s excellent article on page 20.  For something far less objective, informative or relevant… stay right where you are.

Am I just imagining things (highly possible), or are there some intriguing new trends emerging at the cineplex? Every movie I’ve seen lately –  no matter what kind of movie – has been preceded by a series of trailers for upcoming fantasy-style epics. Percy Jackson and the Olympians… The Prince of Persia… Clash of the Titans… These previews are all dazzling – lots of men in skirts, women bursting their corsets, flashy sword fights, etc – but all so similar that they’re starting to mix and merge in my head. Is Percy Jackson from Persia? Is it the Titans who clash, or the Olympians? And which movie has that cute Jake Gyllenhaal rocking the long hair? It’s so confusing. I feel like I’m watching Lord of the Rings again for the first time, trying frantically to grasp the difference between Sauron and Saruman, Boromir and Faramir…

At the movies last weekend, amidst several of these sweeping, swashbuckling, bodice-ripping featurettes, a preview appeared for Valentine’s Day – a quirky, talky little film about relationships – and it just seemed… wrong. Out of touch. Passe. This does not bode well for Woody Allen’s immediate future.

But neither does the other major trend:  the apocalyptic (and post-apocalyptic) movie. In the last couple of months, 2012, The Road, Legion, and The Book of Eli have all come to a theater near you. (Correction: The Road, despite strong reviews and lots of interest, seems mysteriously destined to linger in “limited release” for eternity.) Though their visions vary widely, these movies all revolve around The End of The World As We Know It – or its aftermath. There is, of course, a long tradition of tackling this topic on film… but four major motion pictures? In two months?

What is going on here?

Determined to know, I made a pilgrimage to the seat of all wisdom – the chair at my computer – and consulted The Mighty Google. Surprisingly, nobody seems to be focusing on the fantasy-epic trend yet (you heard it here first, folks!), but a number of critics have remarked on filmdom’s renewed interest in the End Times.

In an article for The Guardian, Englishman Paul Harris says this obsession with the apocalypse is an American thing: “In modern evangelical Christianity in America, a belief in the imminent second coming and the triggering of a world-ending judgment day is widespread. But there is also another long (and lucrative) tradition in US popular culture, especially in Hollywood: a simple joy in watching things blow up.”

Jesus and Explosions. Our friend across the pond knows us well. But he still doesn’t answer the questions: Why so many of these films? And why now?

Jamsheed Akrami, a film professor at William Paterson University, sheds more light, in the same article: “We live in angst-ridden times, and so the appeal of these movies is further amplified. Most of us seem to seek mental relief by drowning ourselves in a sea of doom and gloom for a couple of hours. The experience can be some sort of catharsis.”

Let me see if I’m getting this: We’re stressed out over the dreadful economy, ongoing wars in the Middle East, and unstoppable climate change… so we pay good money to immerse ourselves in a barren, nuked-out wasteland of violent nihilists and roaming cannibals… for “mental relief”? Whatever happened to making some popcorn and hunkering down in your pajamas with The Sound of Music? I’m just askin’…

Actually, I think this guy Akrami is onto something. I think we do enjoy – if that’s the right word – losing ourselves temporarily in a reality much worse than our own. Because it makes ours look better by comparison?  Maybe. But I think it’s more than that right now. I think Hollywood’s making these deep, dark movies – and we’re flocking to them – because we’re searching for some serious light at this moment in history… and we know, intuitively, where it shines brightest. We’re willing, even eager, to wade through the ashes because it’s there that we might see the phoenix rise.

Sure, it’s fun watching Jennifer Aniston lose her cute boyfriend, kvetch to her clever, ironic girlfriends, go on some bad dates, then finally meet Mr. Right, all while enjoying fabulous hair. I grew up on those movies. I like those movies. Heck, I’ve lived those movies (except for the fabulous hair). But that story’s kind of small potatoes for our current age, isn’t it? These are harrowing times, and we’re looking for movies that reflect that. Darker threats. Higher stakes. Bigger pay-offs. We want more than just a shot of adrenaline, a good cry, or a quick laugh.  We want redemption! We want to go to hell and back, baby! And we’d like the directions spelled out for us, plain and simple.

Take, for example, our collective love affair with Avatar. Even the most sophisticated cinephiles I know have been willing – nay, almost eager – to overlook the trite dialogue, one-note characters and childish political stereotypes in this movie, embracing it with unreserved enthusiasm.  It’s as if we’re all starving for a basic, primal tale of Right vs. Wrong,  Good vs. Evil, Heroes vs. Villains… and James Cameron has given us just that in a ravishing, three-dimensional, technicolor dreamscape. The “black & white” nature of the plot and its characters is not only forgivable, it’s almost refreshing in this day of situational ethics, parsed language and endless spin.

And that, I think, is the point. It seems to me that our aforementioned “angst” stems not so much from our exterior circumstances (economy, wars, global warming, etc), as from our ambivalence about how we should respond to them… and, more important, our lack of trust in those to whom we look for information and guidance. In an age when our public servants and media figures almost all specialize in partisan persuasion and bureaucratic doubletalk – when “the truth” changes from one news channel to the next – maybe we’re just desperate for an honest, plain-spoken Good Guy who says what he means… and doesn’t hesitate to kick some Bad Guy butt. At a time when our elected representatives seem bogged down with the small and the petty, maybe we’re looking to our moviemakers – our modern day storytellers – to convince us that humanity is still a fine and luminous thing – that honor and courage, honesty and integrity, justice and mercy still matter.

Which brings me, however round-aboutly, back to where I started: the triumphant return of the fantasy epic.  I’m all for it! As much as I love a good suspense thriller, a romantic comedy, a dramatic tear-jerker… I think what we need most right now is a seriously magnificent, drop-dead gorgeous, faithful and true and noble-as-the-day-is-long, genuine hero.

I just hope Jake Gyllenhaal can pull it off.

Subtext and The City 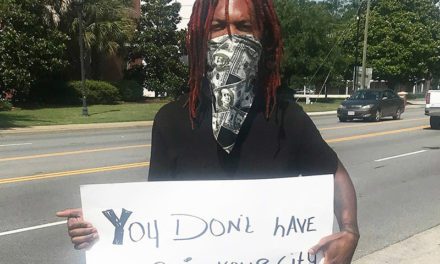