Crazy in the Cosmos

For well over a decade now, I’ve been ranting and raving on this page. I’d like to believe the raves outweigh the rants – that I’ve shared more joy and humor with my readers than angst. But I’d have to go back and reread every column to prove it, and there are hundreds of them, and… well, talk about angst.

I say all this by way of apology, because I feel a powerful rant coming on. Or, maybe not a rant, exactly. Maybe you could even call it a rave – just not a good rave, as in “rave review.” No, the kind of raving I have in mind is most often cited in a well-worn phrase, wedged between the words “stark” and “mad.”

That’s right; I’m feeling a little crazy these days. But only because the world is. Have you noticed? On both the micro and the macro levels, things have gone all… skeewampy. (Lord, please let that be a real word and not just one of those cute southernisms my mother made up.)

We continue to live out our daily dramas to the strains of an ugly, inharmonious soundtrack; a cacophony of voices – politicians, pundits, and other assorted pontificators – waging endless war that nobody ever wins. It seems the blame game – both casting it and shirking it – has replaced baseball as our national pastime. And, as if that weren’t soul-draining enough, we recently witnessed mobs of bored, degenerate youth wreaking havoc across the UK… on a lark. Here in the US, there were mini versions of the same at the Wisconsin State Fair and on the streets of Philadelphia. (By the time you read this, who knows what fresh hell may have surfaced in the news?)

Everybody’s asking “why?” and offering up all the usual answers. From the right, we hear that this destructive mob mentality is the result of an over-reaching welfare state; according to the left, economic inequality and class envy are the culprits. I have my own theory, but I’m sick of theories at the moment – I’ll bet you are, too – so I’ll spare you another one of mine. (You’re welcome.)

On the local scene, things are off-kilter, too. An uptick in robberies, drive-by shootings, and even cold-blooded murder has shaken our normally peaceful little community, leaving us fearful, frustrated and heartbroken. Mayor Billy posted on Facebook last week: “I am angry that young men are shooting at each other, threatening the lives of innocent bystanders and staining our community and our county with blood.” Me, too, Mr. Mayor. Me, too.

Even Mother Nature has been whacked out, lately, and failing to work her magic. My family drove to Hunting Island last Sunday afternoon, for our weekly dose of Beach Therapy – a new tradition we established early in the summer that’s done wonders for our family dynamic. Normally, I can literally feel the stress leaving my body as we turn off Hwy 21 onto the wooded island road, and by the time we hit the beach, I’m loose as a goose. But this Sunday was different. The waves were freakishly large; Tropical Storm Emily was churning out there somewhere. “This’ll be fun,” I thought, settling into my beach chair. “We can watch the surfers!” Within the first ten minutes, Jeff had lost his glasses in the ocean and Amelia had been stung by a jellyfish… twice. We stayed for another couple of hours – we’d driven all that way and had a cooler full of snacks – but it wasn’t exactly “quality time.” Jeff just sat there fuming (blindly), I spent my time combing the surf for his glasses (instead of reading my mystery novel), and our boogie-boarding daughter – the little trooper – wracked up five more (minor) jellyfish stings. For the first time in the short history of Evans Family Beach Therapy, we left feeling worse than when we arrived.

The reliable “comforts of home” have also failed to comfort. The day after our beach bust, I tried to reestablish my internal equilibrium by engaging in a little domestic engineering – aka house cleaning and yard work. I don’t particularly enjoy doing these things, but I really enjoy having done them. When I finished my work, I had a momentary sense of well being as I surveyed our cozy realm. (Crumpleton Manor, we call it.) “It may be small,” I thought, walking into the house, “but it’s tidy and comfy… and my flowers look great!” I’d hardly had time to bask in the glow of my accomplishments when I heard a crack, then a crash. I dashed back outside, only to see my built-in wooden window box dangling from the house by one corner, a massive pile of dirt – and lovingly cultivated impatiens – littering the walkway below.

So much for equilibrium.

Meanwhile, my daughter has just traipsed off to middle school a year too early. No, she isn’t skipping a grade – though, certainly she could (in my completely objective opinion). No, kids who attend Lady’s Island and Coosa Elementary schools are now graduated after fourth grade and sent to the Lady’s Island Middle School campus to attend what’s officially been dubbed the Intermediate School. The Online Dictionary defines “intermediate” as “coming between two things in time, place, order, character, etc.” It seems a perfect description of the girl I’m currently living with – the one with the funky feather in her hair, the neon green pedicure and the sassy slang… who still calls me “Mommy” and sleeps with a teddy bear. I would prolong the teddy bear years forever, if I could, so I can’t help feeling a little gypped by this rush to middle school. The campus of LIMS is spectacular, with its forest of live oaks, its tranquil pond and pretty courtyard. But there’s no playground. Amelia’s moved on; she’s all about “pods” and lockers now. But I want one more year of playgrounds.

Now that I think about it, the whole world feels “intermediate” to me right now – like we’re all caught in some strange, precarious limbo, “between two things in time, place, order, character, etc.” Maybe that’s what all this inner/outer turmoil’s about… all this micro/macro cosmic craziness. It feels as if something’s coming to an end, while something else has not quite yet begun.

I just wish I knew what that “something else” was. 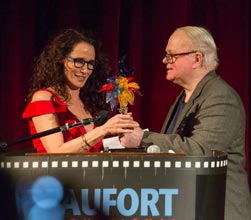 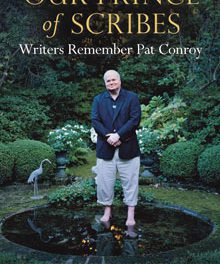 The Great Love of Pat Conroy