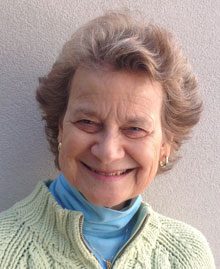 As February 14th rolls around again, it seems a given to chat about Valentine’s Day. Well, sort of. I’ll start with the day of hearts and flowers and segue into what’s meant to be a slice of practical offering that just might take an edge off the crazy energy of these times.

Most everyone has distinct feelings about this particular holiday. If you have a significant other, you may look forward to an intimate dinner at a fancy restaurant, a bit of brand new bling or perhaps a vase of lovely longstems that may languish for a week or so to remind you that you’re cherished. If you’re single and would rather not be, the day can be a way-too-long, red-and-pink downer, loaded with hearts and flowers, seemingly for everyone except you. If you’re happily single, V Day can indeed be likened to the end of World War II, a time for celebration of freedom, in this case, to pursue your life as you choose.

For other folks, this Day of Hearts is but a day like any other. They go to work, stop by the bar afterwards to raise a glass with buddies, go home to walk the dog and camp out on the couch in front of TV. They wonder what in tarnation is getting all those crazy people so worked up.

Even if you’re of the latter persuasion, give a listen anyway. My message won’t involve a change in your routine but may add an ounce of upbeat to your days . . . for you and for others.

Though I’ve celebrated in various ways, Valentine’s Day always brings back a particular memory of February 14th my junior year in college, when my concept of the day completely changed. A month or so prior, I’d had a messy break-up and hadn’t yet the desire to jump back into the dating pool. Holed up in my on-campus sorority house to complete a class project, I spent the day greeting florist delivery guys. Each time the doorbell rang, I’d answer to accept yet another girl’s gift. All day long, I passed along a seemingly endless array of sweet rememberings - box after box of roses in every imaginable shade; splashy spring bouquets; scarlet, heart-shaped boxes with embarrassing amounts of chocolate stashed inside; and adorable stuffed animals sporting stitched-on hearts that proclaimed “Be mine” and “I love you.” I wanted to gag.

But when the doorbell rang at 6 p.m., the delivery was addressed to me. Shocked, I opened the long box to discover a single, gorgeous, deep orange Tropicana rose. The card read: “You’re the sweetest, An admirer.” I’d no idea who that could be. None.

And I didn’t find out for three months, when a young man, a fellow ag major with whom I’d become friends, confessed. The mystery solved, we dated for one golden summer filled with evenings of zipping along the hilly byways of Kentucky horse farm country on his Indian motorcycle, sipping gallons of his mother’s icy lemonade on their front porch, and talking in that porch swing till the lightning bugs retired for the night. Right after Neil Armstrong took “one giant step” on the moon, an old girlfriend of my beau’s showed up and he was gone.

And yes, for a while I grieved the loss of what I’d assumed to be a forever friend. But that’s not the point. It’s the human connection. This young man, though anonymously, had the courage and insight to reach out to someone he didn’t know very well. And it absolutely made that someone’s day. Even though I didn’t know the sender, his simple gesture made me smile for a solid week. I no longer felt overlooked. A little effort on his part lifted my spirits, my attitude and my heart.

Do you know how easy it is to make a positive difference in someone’s day? The concept is so simple that it’s ensconced in cliche territory. Right about now, you may be thinking, Yeah, yeah, yeah. I already know all this. I learned it in Sunday School when I was a kid. Do unto others . . . And if you are, then perhaps you’re right. But that’s exactly what I mean. It only takes a few seconds to make someone’s day easier. Everyone is feeling the stress of today’s negative energy that permeates the air. Compliment the cashier at Publix on her stylish hair-do, hold the P.O. door for an overloaded package-carrier, and simply flash a smile at a stranger.

Besides, giving has its own rewards. You never know what may come back to you when you put forth a small effort. Jamie - my short-term college beau - got a summertime girlfriend, for heaven’s sakes. What the hey . . . send flowers!

There’s an awareness that can occur to me whenever I can think to take a few seconds to step back from a situation, to look at it and to see what’s really going on. All at once the moment becomes expanded time, when a minute can contain enough thoughts, feelings and emotions to make me think an hour has passed, when in reality, it’s only been a moment. It can happen when I’m in a in a crowd of people and everyone’s having fun, or when I’m reveling in a moment of awe-inspiring beauty, like the first time I stepped up to the edge of the Grand Canyon or the first time I saw the Lowcountry marsh go green in the springtime. Or it can happen when I’m traveling, especially in a country whose language I don’t speak, and I spend more time observing than vocalizing with words.

Here’s the thing. We’re all just people who want to create and live good lives for ourselves and our families. That’s the priority for most people. Period.

Being kind to one another can help that universal, age-old process.

“Out beyond ideas of wrongdoing and rightdoing, there is a field. I’ll meet you there.” - Rumi

Katherine Tandy Brown has traveled the world as a freelance writer for 25 years. She teaches memoir, travel writing and writing practice in USCB’s OLLI Continuing Ed program and in her downtown cottage. A certified writing coach, she is penning her first novel, One to Go: An Equine Thriller. ktandybrown@gmail.com or (859) 312-6706

Use It or Lose It