Have you ever considered that the lack of meditation means you’re likely to miss out on life’s everyday miracles? Even worse, you may not believe in daily miracles at all. Miracles aren’t always Hollywood epic. More than likely, if you’re looking for Hollywood epic every day, you’re going to be epically G.O.T. (Game of Thrones) disappointed. For those that didn’t go down the G.O.T. rabbit hole, it was a long (epic, remember), sometimes wonderful, sometimes horrifically compelling, always enthralling ride that skidded to a sudden, unsatisfying halt with blue-faced, angry fans that did NOT have a ball.

What follows is a little compilation of items I consider to be every day miracles. I’ll call them the “Little Ones.” After all, it’s the little things that count. If the devil is in the details that’s the devil I want to know.

There is peace in simple tasks. I find a great deal of peace in blowing off my driveway. I know it’s loud, but hear me out. It’s the one place the outside world isn’t able to reach me. It’s satisfying to observe something so simple, make the property look that much better. I hum to myself along with the thrum of the backpack blower beaming through my chest. Not to mention the fact that the blower often accompanies the smell of freshly cut grass. This releases something inside me, allowing me to have a transpersonal moment of higher perspective. Wow, never thought of it that way until I had to write it just then, but it’s a truth for me.

The realization that just because you think something is so, does not (insert Captain Picard voice) make it so. I get that we can all accept this “simple” truth on a mental level, but I mean the “hair raising, aha” realization that there can be, and often is, other truth(s) to any situation. This is a “little one” that is truly a gem. What will it force you to acknowledge in yourself and in others?

Or how ‘bout when you’re having a frustrating time and a friend steps in to help you finish putting together your daughter’s bed? I’m telling you, the entire second floor our house was in disarray because of that bed not fitting together. We three Suddeths were getting a little crabby about it. Later on, that same day, another friend made me laugh without knowing how much it lightened my mood. (The signs look pro-style, bud.)

The full moon has been hanging on during this second week of October, no doubt. That said, I’m grateful for the “little ones” that will emerge in the wake of the new moon.

Speaking of little ones not so little anymore, our daughter got into the National Honor Society on the same day the aforementioned bed came together. Two miracles can be found here: 1) On a frustrating day, something uplifting may have been missed if I didn’t slow down to appreciate it. If I didn’t stop right then to take stock, even for the briefest of moments, who knows? How much do we miss by becoming a slave to the emotion?  2) I’m grateful for having a daughter with the motivation to do such things as become a member of the National Honor Society.

How many incremental improvements go unnoticed because they’re incremental? Does that make them less than? I don’t think so. In each activity you engage in daily, even if said activity is rest, work with integrity and see if you don’t agree.

I feel there’s a whole world of little miracles in things left unsaid. Some moments speak for themselves. They need no commentary. Verne Lundquist only said, “Yes Sir!” at the ’86 Masters when Jack Nicklaus won his 6thGreen Jacket. Grace, like the silence of freshly fallen snow, comes in not hurling a comment so incisive that it cuts too deeply. I think I’m safe in saying that such restraint gives one’s words added weight and veracity when the timing is Divine. The “little ones” that it takes to build such character add up.

Consider “little ones” such as just removing qualifying words like “just” from your written and spoken language. Go back and rewrite the previous sentence in your mind to see what I mean. It’s one little word, but its assertive impact will be felt.

Allow me to posit for you the beautiful little miracles that come with pain. Childbirth is certainly up there with unanswered prayers and mourning a friend, dead or otherwise. Birth, death, and rebirth happen daily.

Did you know that one doesn’t burst into flames for not cleaning one’s plate? We can expand the previous sentence by making “plate” into a metaphor. The Clean Plate Society’s gluttonous truth is multifaceted and complicated. It is worth spending a little time each day pondering. See if you don’t agree. I also feel to my core it’s important to not always consume everything because we can or feel we should. It’s fine to leave a little meat on the bone or tip your gambling provider after a win. For entertainment purposes only, of course.

It’s becoming aware of “little ones” that are so pervasive in your heart and your mind that you choke on them like pine pollen in the South. These self-defeating thoughts pose as truths to be hurled willy-nilly at your soft underbelly with the precision of a ninja with a stiletto. Tell me a little misplaced guilt isn’t a big bully and I’ll tell you to go reconsider your life.

Endeavor to discover that forgiveness is another way to love yourself. This “little one” leads to the mind-blower that one can BE love rather than DO love. Love will NOT demand you be one way every day. Being an instrument of love is satisfaction in all its glory.

In closing, allow me to get all rose-quartzy. Ignoring the small things can lead to cynicism. Let’s call cynicism life’s splinter. Splinters are super small, but you can hardly think of anything else if you have one. Be aware that cynicism is a commodity in an election year. A year unlike any other we’ve ever seen. Cynicism does tend to cloud one’s vision. It makes it hard to see the little things in life. 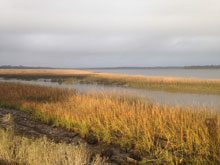 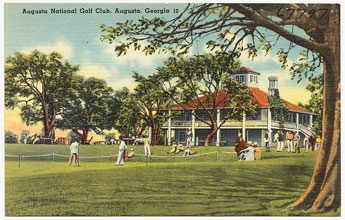 The Masters and the Nurseryman 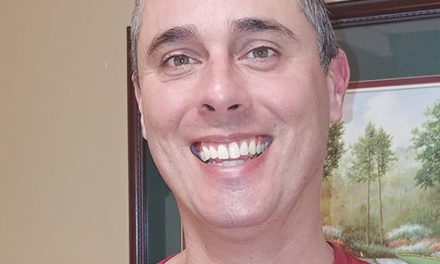 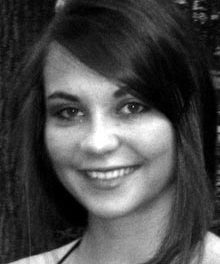