Do you use the good grace God gave you? Is developing our sense of grace a way to be god-like in our daily lives? Dare I ask such a question, but what is grace? It takes grace to ask for forgiveness, but is it as elusive of a concept as forgiveness? It’s likely no coincidence that the two are often mentioned together.

Sometimes we are asked to say grace before a meal. Often, you’ll hear the pleas for grace during a commentary about some disgraced politician or athlete, but what is it? Grace is defined as simple elegance or refinement of movement or courteous goodwill.

Me, I think of a ballerina when I think of gracefulness in action. A wide receiver stretched out and getting the double-toe-tap before going out of bounds. Certainly, those actions require a precise strength and body control. I recall the great Steeler’s wide receiver, Lynn Swan took ballet classes. I know this because he was on Sesame Street back in the day. Pay attention, kids.

Is the key to prayer to forget what we think we need and pray for grace instead? Would that cover all the bases?

Why did Elvis call his home Graceland? I thought I was on to something when this question occurred to me, but he didn’t come up with it. It was named after the previous owner’s Aunt Grace. Still, I believe in coincidence less with each year I live, so there ya go.

Grace is my mother taking the reins of my family in the Upstate after the passing of my grandfather. Been a rough few months and she’s not cracking under the pressure of very new and very detailed responsibilities with the care of her mother while not being able to properly mourn the passing of her best friend and father. Not all heroes and heroines wear capes, some drive a John Deere Gator on a daily basis.

Just so you know, I did start writing this before Will Smith asked Chris Rock, “What did the five fingers say to the face?” I would say this incident is the opposite of grace, but grace can be learned by knowing what it’s not. I have heard people side with Smith’s assault saying he was defending the honor of his wife. I appreciate defending one’s family when there’s a threat, but is it graceful to equate love with violence? Where does that end? Have wars not been fought over such things to show us what grace is not.

Human nature beckons our gaze upon the spectacular spectacle of the end result. Society offers us credit with a high interest rate to have it ALL right now. Spirit demands the journey must be made, NO MATTER WHAT! (This paragraph is italicized because I wanted to delineate some automatic writing from the rest of this piece. These few sentences seemed to fit here.)

There’s always plenty of the shameful game of blame—fair or unfair. Think of this from the larger point-of-view, not the slippery dynamics of right and wrong of a given situation. Where does responsibility rest in the prequels of a given situation? I don’t feel grace concerns itself with the artillery of blame. You may be collateral damage, if you like, but it’s not necessary. We’re shooting for experiencing the same scenarios from a different, less judgmental perspective. This is the “New Earth,” not some rapture. How often are the answers hidden in plain sight until we learn to see them?

Remind yourself daily that you are whole and part of God. Is there not grace in that last statement? We are NOT our experiences. Grace can start there. Perhaps namaste’s meaning could be the grace in me salutes the grace in you.

Another good pivot point to unveil the graceful ease we desire. We often do this without being conscious of our unconscious ways. Measure your degree of presence throughout the day rather than your productivity. Keep in mind that we all can fall to the temptation of being busy for the sake of being busy. Is busy really productivity? Sometimes, yes, but zoning out can happen to surgeons as well as dish washers. Hell, try calling presence productivity in your mind and see what that does for you.

So, what is it in terms of grace’s holistic or Spiritual meaning? I feel it provides an opportunity to arrive at your own answer via meditation or soul searching. Perhaps there’s a reason why this simple word and notion is so nebulous. Maybe we’re meant to draw our own unique conclusions as we lead our own unique lives.

Some people that don’t look so graceful actually are at the heart of grace. Many are so fearful of the prospect of being alone that they stay in empty or abusive relationships. Grace is keeping your mouth shut when you can destroy someone, regardless of whether they deserve it or not.

I’m watching the Masters as I write this. I can think of no other sporting event where the fans, or patrons as Augusta National calls them, are as educated and courteous. The grace with which this tournament is conducted sets it apart as a world event. Sometimes there’s a reason why elite is elite. Call it in your own lives and may we all develop grace in our lives akin to Freddie Couple’s syrupy smooth golf swing.

The Path to EarthFit 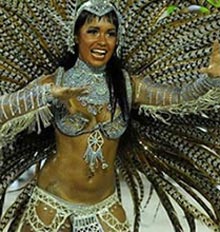