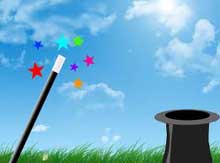 Most kids love magic. Even magic tricks when they realize that they’re being deliberately fooled. (In a nice way, of course.) As adults, we have become more discerning, if not jaded, about whether magic as such is mere fantasy, gaudy entertainment, or just something we left behind us years ago.

But then, we have an elegantly simple definition of magic, from Merriam Webster’s dictionary: “Giving a feeling of enchantment.” Of all the definitions, including those which refer to supernatural sources or spells, I like this one best.

If magic is as basic as a source of enchantment, then maybe it’s all around us, albeit in wispy patches, something like fog. And it’s often free. A string of reassuring examples occurred to me recently.

Seeing that long lost “someone” at a class reunion for the first time in decades, and quickly having the eerie sensation that no time has passed. I noticed that Beaufort High School’s class of ’65 has a website that includes a countdown clock to the 50 year reunion planned for 2015, right down to the ‘minutes and seconds to go’! It also includes a reminder of prices circa 1965, such as the five cent stamp. I’m sure they’ll have a great time. The ability of long ago friends to so readily dial back into each other’s lives doesn’t just verify the complexities of our sense of time, it’s a reminder that the familiar setting of an event and the period music often played there can catalyze a personal bond that never really went away.

If dogs aren’t magic, it’s hard to fathom just what animal species might qualify. We can start with the dazzling array of roles that dogs play in people’s lives: family pet, comfort, guard, drug and bomb sniffer, hunter, seeing eye, herder, smeller or diseases (including cancer). To this day my wife emotionally recalls our best girl ever, our Yorkie Maggie, who came running to her side and wouldn’t leave when Jane broke her foot coming down the stairs some 15 years go. The payback on a good dog is simply staggering—for relatively little cost you get a best friend for life, laughs, comfort, dedication, and, oh yes, front row exposure to some of the funkiest smells you’ve ever encountered.

One nice thing about living in the 21st century is the ability to channel surf through history. When I recently came upon Fred Astaire and Ginger Rogers dancing their hearts out in the hokey but irresistible movie “Top Hat,” circa 1935, it was clear that their film company, RKO Radio Pictures, knew in the teeth of the Depression they had magic in a bottle in these two timeless performers. Yes, the studio earned a lot of money from their movies ($3.2M from Top Hat alone vs. a budget of $0.6M), but the goodwill and temporary relief provided from audiences’ everyday stresses were incalculable.

Lions in our midst. The Beaufort Library, one of my favorite places, recently enticed me (without saying a word) to buy one of the marvelous books that they keep on a small table near the front desk. For a mere $3, I floated away with “Winston Churchill: An Intimate Portrait” by Violet Bonham Carter. I’ve often thought that we owe this remarkable man, a force of nature if one ever lived, our deepest gratitude in terms of what we enjoy most about our freedoms and democracy.

Churchill completely overwhelmed the very young Ms. Carter, herself the daughter of Herbert Henry Asquith, soon to be Prime Minister of the United Kingdom (1908-1916). This blissful quote captures the magic she first experienced at a dinner party: “I listened to him spellbound. I can remember thinking – This is what people mean when they talk of seeing stars . . . I do not to this day know who was on my other side. Good manners, social obligation, duty—all had gone with the wind. I was transfixed, transported into a new element. I knew only that I had seen a great light . . . the light of genius.” The year was 1906. Winston Churchill was all of 32 years old.

One person’s trash, another person’s treasure. Singer Sheryl Crow once co-wrote a song that she considered a ‘throwaway,’ destined to remain forever obscure on an upcoming album. Her brother was much more optimistic about this song and predicted it would be a hit. Which it was, rising to #2 on the Billboard Hot 100, plucked from Crow’s debut album in 1993, “Tuesday Night Music Club.” It also won the 1995 Grammy Record of the Year and Best Female Pop Performance. The song was the irrepressible “All I Wanna Do.” There’s nothing like getting a second opinion, even if it’s from a relative or someone else who may know you all too well.

Decades long marriages and friendships are the binder, glue and paper that hold the scrapbooks of our lives together. David Halberstam’s touching book about four committed friends –Ted Williams, Bobby Doerr, Johnny Pesky, and Dominick Dimaggio – can scarcely leave one unmoved. Even if you don’t much like baseball. Or even if you eschew the Red Sox, with whom these star players spent nearly all of their careers. Halberstam’s “The Teammates: A Portrait of a Friendship” glides effortlessly back and forth in time over a sixty year span, the continuity provided by close friendships cemented not just through endless train rides together between games, but through common values, mutual respect and an unbreakable love for the game.

Tales of human bonding, support and survival that all but defy gravity can alter your physiology while bringing on a sense of awe. “In Harm’s Way,” the heart wrenching story of the sinking of the U.S.S. Indianapolis by a Japanese submarine at the end of World War II, written by Doug Stanton, is one of the only books that repeatedly brought tears to my eyes. Hundreds of our incredibly valiant sailors and Marines were forced to endure the tortures of being adrift among savage sharks in brutal heat and with virtually no food, fresh water or medical supplies. The story of those who lost their lives and the relative handful of survivors is one of the most profound naval disasters ever addressed in print or otherwise. One hopes that the family of the brave captain, Charles Butler McVay, finally found some relief from the scourge of his unprecedented and highly controversial court martial in December, 1945.

Watching your child smile and splutter their first gibbered words to you is a reminder of why we’re all here. Blue eyes or brown, big head of hair or a bald crown in waiting, boy or girl, first born or fifth, it’s the thrill of a lifetime. And better than air.

Isn’t it comforting to remember in a sobering world of grinding reality punctuated by disasters that we often hold the magical keys to moments of wonder in our hands. Maybe that makes us all something of a Harry Houdini, Doug Henning or a David Copperfield, at least from time to time.

The “Taste” of Spring 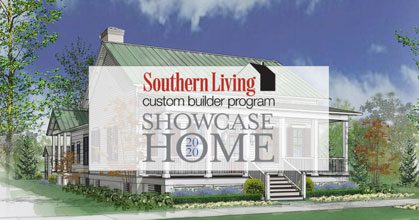