I find myself in an Alfred Hitchcock production without a director, or maybe I have one, but I don’t like it.

I recently found out my boyfriend has been tracking me with his phone. He had pressured me to use the phone calendar for my appointments, but I told him I prefer my old-fashioned paper system. Another time, he suggested that he link up to my phone. I told him it wasn’t necessary. Now I find out he did it when I was in the other room.

Not long ago, he called and said he wanted to come over. I said that I wasn’t home (I was walking to my car). He got very pushy and said, “What do you mean, where are you?” I told him. He asked where I was going and I told him I was headed to a friend’s house. When I turned the opposite way to run an errand beforehand, he called and said, “Where are you going?” I didn’t suspect anything, but did think it was strange. Now I know.

There are other behaviors that make me nervous. He always manages to put in a little dig whenever we are together, but then acts all boyish when I push back. He gets all cute, puts his hand up to his mouth and practically giggles when he says, “Oooo, was that bad?” I always think I am being too sensitive because they are small criticisms of what I am wearing or eating or some other minor thing. His comments are usually subtle.

When they aren’t subtle, his comments are so over the top that they don’t really register with me. For example, one time, after I had had some Botox, he said, “That was a good idea. You don’t want to look haggard.” I guess I am so unused to people who are cruel that I thought it was just a poor way of saying I looked good.

We always split our expenses, even though he claims to be wealthy. Always. Some times, he will ask me to put a dinner on my card and he gives me cash. Since I started thinking about what kind of character would secretly follow me, incidents have surfaced and it dawned on me that if the bill was forty dollars, without tax and tip, he would give me twenty. I am beginning to feel stupid for not noticing this earlier.

I found out recently that he had used his mileage to pay for my airline ticket when we went to visit his son. He did not tell me that, but asked me for the cost of my ticket, $500, which I paid him. He wouldn’t let me handle my own ticket, but I don’t think this way, so I never questioned it. Whenever he suggested a trip, he would tell me to pay for the hotel since he was going to “pay” for the air. Now I know why.

He never treated me like I was special. He used to say he couldn’t buy me anything because I already had everything. However, when we were on vacation, I spied a ring that I just loved (not an engagement ring!) and we went into the store. It was half price, and I thought for sure he would buy it for me. He just stood there and I broke down and bought it for myself. For Christmas, he gave me a scale, and I’m not overweight, although in one of his little digs he made it clear he likes thin women.

Since I found out about his tracking me, I keep remembering all these slimy things from our past time together. I can’t believe I was so taken in. He is very good looking and I was lonely, but that doesn’t excuse my blindness. There is so much more, like his need for control and inability to admit mistakes, but I didn’t see it.

I’ve broken up with him and added cameras to the security systems in both my house and my vacation house because he has a key and I know if I asked for it back, he would have copies before I knew it.

He also calls my friends and blames everybody and everything but himself for my breaking up with him.

What should I do?

PS. He wouldn’t let my cat sleep with us.

Hitchcock, indeed! This is creepy.

All of it might be forgivable, but expelling the cat is a felony.

I’m glad you got the video system for your houses. You might want to get your car checked to be certain there isn’t a tracking device on that. Just in case.

It would probably be smart to block him from your phone and computer, and change all your passwords. Pay a lot of attention to your credit card charges, too. For all you know, he may be buying lingerie, for himself or others.

Don’t feel stupid for not realizing what was going on. He might be a borderline personality, and they are very, very good at faking charm. Combine that with good looks, and many a woman would fall for him. In fact many of them would continue to ignore the signs and make excuses just so they could keep the man.

I know a number of women I could introduce him to who would gladly take him, even after reading your description. I’m not being sexist. I know men who would jump at the chance for a good-looking, crazy making woman. How else do you explain Madonna’s numerous husbands and consorts?

In the meantime, pretend like he never existed in your life. There is no point in trying to convince your friends he is unbalanced. He is probably using his talent to charm them in his need to be the wounded partner.

Go places, watch every single movie at the Beaufort International Film Festival next week, eat things, have fun, and, if you ever see him sitting by the “Rear Window” in a building across from yours, call the police. Also, watch out for “The Birds.”

The Thirteen Principles of Geotourism 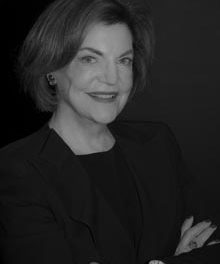 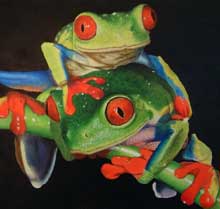