I am in a very awkward, situation and don’t know how to get out of it.

I have a live-in all around tradesman whom I inherited. He came with the house and can’t be denied shelter here. He has a very nice little private entrance apartment attached to the house, which belongs to me.

He leaves projects in mid-way through, including tools lying about, and does not return to finish. Even the simplest task gets lost between the cracks.

For example, I recently asked him to remove the old wax in a couple of my candlesticks and whittle some candles down to fit so I could use them at a party I was giving that evening. Right before the party, I went to the basement to get the wine he was supposed to bring up, and the candlesticks were spread out on the concrete floor and abandoned. I brought them back upstairs and put them away because they were unusable. He never said a word. This approach to work is his general mode of operation.

He was supposed to attend to things during the party, but every time I saw people standing around with empty glasses, I found him conversing with the guests. At one point, there were three half-empty bottles of red wine on the bar, but no rose, white or champagne.

It is very, very important to him to be admired. Our street has a lot of pedestrians and he’ll spend ages out there making conversation during “working” hours. I’ve mentioned it numerous times. It does no good. He is like a dog when the owner comes home. Overly excited to socialize. For he record, he is 56 years old, and I’ve seen him in social situations where he acts charming and intelligent and I can hardly believe it is the same person.

He has no respect for my things. One of my favorite and very expensive pillows has a rust stain imprint from when he put a paint can on it. He never apologizes or admits fault. I have found other things thrown into a dark and damp corner of the basement and no longer useable because of the mold.

I thought maybe he had a severe case of ADHD, but I know he is capable of focus. If he’s doing something for himself, or something around the property he chooses to do on his own, he is all focus.

He is very resentful of me, even though I don’t give him orders. Instead, I always say, “If you could, when you have time,” or something soft along those lines because I’v witnessed how he rears up when a woman tells him what to do. Others have mentioned it, too. He complains about me to the neighbors.

Since I pay him by the hour, I asked him for an invoice including hours and work accomplished, instead of just a list of hours. He became furious and told me he doesn’t do that. “That is a woman thing!”

One day, I saw that he had done something, unasked, that I liked. I try to praise him whenever possible, so I said, “I really love how that looks.” He replied, “Really? I thought you would hate it.” I couldn’t let that one pass, so I said, “And you did it anyway?”

He will never tell me he doesn’t want to do something, but always manages to find something else to do instead; so if I mention that something wasn’t done, he gets very passive aggressive, talking about what he diddo and how wonderful it is, or how much work it took. At one point, I asked him to paint a small room when I was out of town. When I returned, he had not even picked up the paintbrush, but had built an unnecessary – but very pretty – stone wall on the property. He acts like such a child at even the smallest correction, so I couldn’t make a big deal of it. I’ve hired someone else to paint.

It isn’t just my perception. I hired a fellow to do a complex project, and work with “my” guy to make it go faster. The fellow I hired told me it was a shame that he could not teach “my” guy anything because every time he tried or made a suggestion or correction, “my” guy looked like he was going to fall apart.

He is incapable of taking any criticism, no matter how constructive. Even asking him to do the most minor thing – like automatically closing the door to our basement so people walking by can’t see what’s stored there – brings forth a torrent of excuses.

One day, after he got very defensive when I asked him for the tenth time to keep that door closed, I told him I was not making a moral judgment, but merely expressing a preference. I said that I had been much more severely criticized in my life, and learned so much from it, and that his response should be, “I’m sorry. I’ll remember to keep it closed from now on.”

Oh, and he is a hoarder, and my garage and basement are the storage units. I’ve had him clean them out at least three times this year. In no time at all, they are full of junk again. Including stuffed animals and toys he finds at the dump.

It is all very nerve-wracking and I feel trapped. I am honestly afraid of his reaction if I throw him out. His own sister told me never to do anything to hurt him.  I thought that was weird, but now I understand.

Of course, my first reaction is to throw him out, fire him, and tell him never to come near you or your property again, but I sense that would not be acceptable to you, so let me make some other suggestions.

If you are absolutely certain you can’t do a proper job review without an explosion, you will have to cut his behavior off at the pass. It will be work for you, but should at least ease the stress.

Put everything in writing. You might even have to do it every day so he can’t use a list of multiple jobs as an excuse for changing lanes. For example:

He won’t like this, but it will at least give you a chance to see if he can work with you, and it may even train him to be a better, and thus more valuable employee.

Be certain to continue to praise what he does well, and, when the job is “finished” say, “Good work. I like the way you did (specific). Do you see anything here that could be improved?” He’ll probably get defensive as if you’d found something to criticize. Just reply, “I don’t know, but I always ask myself at the end of a job if there is something that could be improved without taking a lot more time or money.” It is a good lesson. Since he is dog-eager to please, maybe it will teach him something useful.

My other suggestion is to be friendly, but not familiar.

Good luck. This is a harrowing situation. Let me know if it gets solved.

Life in the Bubble 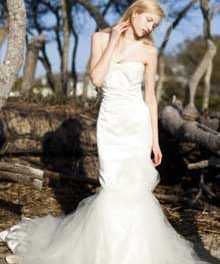 ‘Emerald Elegance’ at the Shed